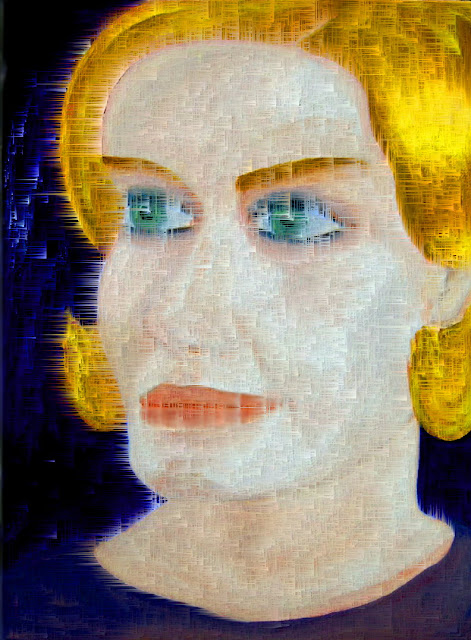 In a novel (published in 2000) I recall this portrait's influence: “What I first noticed were here incredibly green eyes. Next her smile. Then came the golden glow of her hair, and the way the sun danced on those dark blonde tresses as they lifted and fell with each step. She walked with a bounce. Then those amazing eyes again ― eyes that would haunt anyone who saw them.” Carmel is based on someone I first met over four decades ago; someone who was lost and then found again; but finally lost owing to a set of unavoidable circumstances. Our penultimate meeting found me making the suggestion to write a book that would include her name and a little of our story mingled with the novel's plot. She was elated at the prospect. Yet neither of us could have known in that moment we would only meet one more time. Carmel is the result of that suggestion made long ago. Much of what is told in terms of the central relationship is accurate. It nevertheless remains a novel.
.
An extract on which emotion pivots the moment of inspiration:

.
“Something pulled me inside this room. It felt strangely comfortable. I touched the ivory keys. Drawn to softly caressing the piano keys, my eyes caught the reflection of the deepening sunset in the glass of a gilt picture on the mantlepiece. Still I played excerpts of a nocturne, then a sonata, then the haunting Shostakovich. Unreal light cast by the dying glow of the sun became subdued. I perceived a transfiguration. The previous glare gave way to the features of a face behind the glass in the frame which held my gaze. Was my imagination playing tricks on me? I stopped playing as I momentarily froze. The music continued in an unaccountable and almost discarnate manner. The melody must have been in my head for at that moment my heart was again captured by the image of a photographic portrait. I stood and slowly walked towards the mantlepiece ...”
. 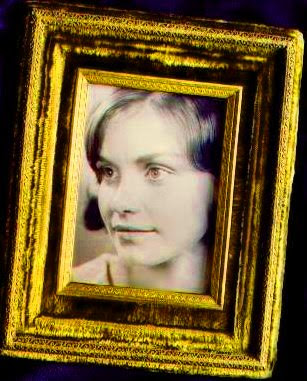 My novel is indebted partly to this photographic portrait (which I took at my studio many years ago) and, of course, the portrait's subject. There is also a CD of music referred to in the novel, plus a newly composed piece, where resonates the soft voice of the book's namesake. The CD's title is The Carmel Suite.
.
Posted by †Seán Manchester at 02:03