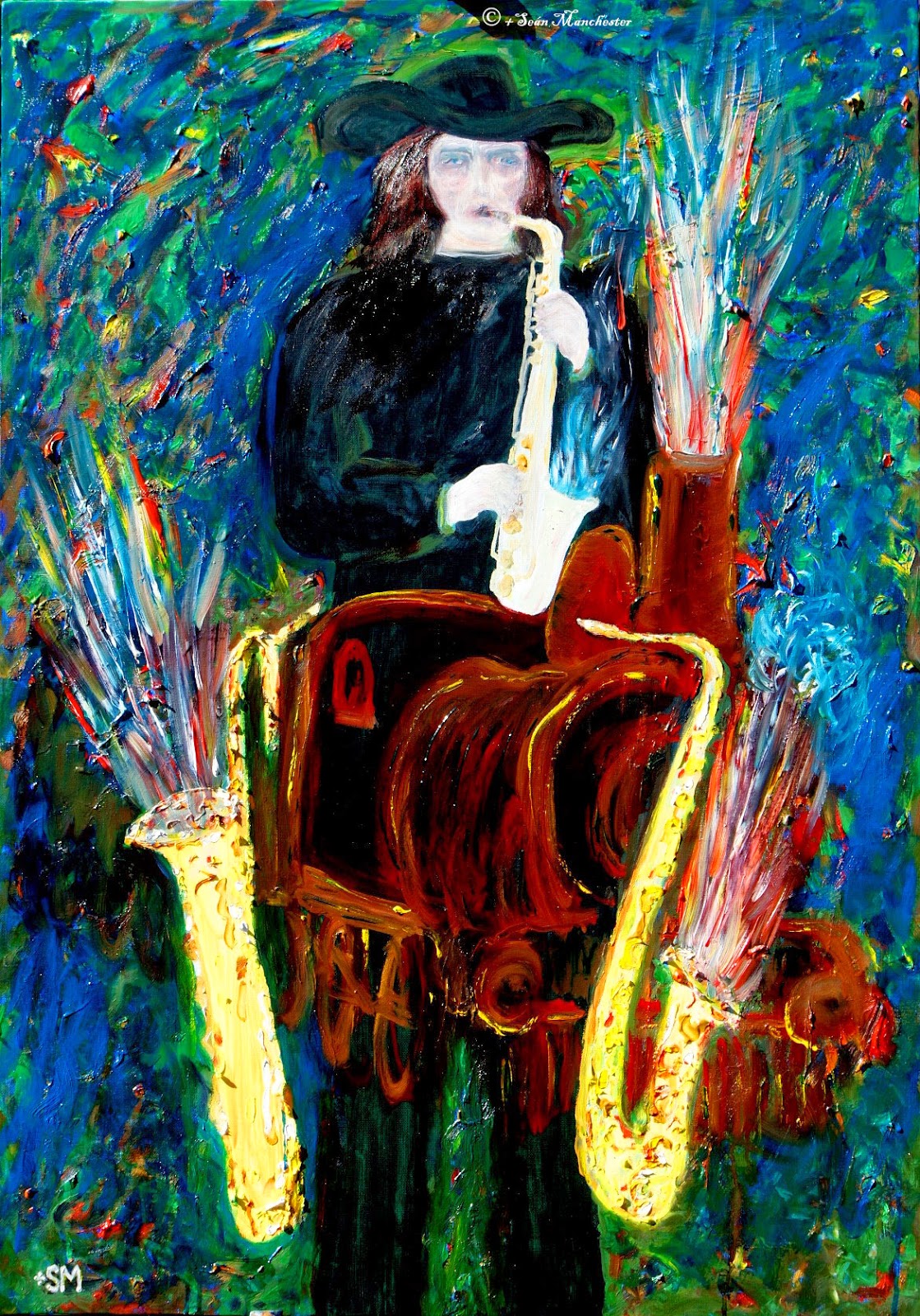 Saxophonarium was originally titled The Saxophone Man, but has now developed into something transcending that earlier picture. The Time Travelling Transmogrified Saxophone Six Five Special Man would probably be a more apt title for this 40 x 28 inch (oil on canvas) rendition featuring a vintage Jérôme Thibouville-Lamy alto betwixt a gold tenor and baritone sax with a Puffing Billy locomotive joining in the mêlée. Like many, I hold immense nostalgia for the age of steam, but there is something more familial which connects jazz musicians, saxophonists in particular, with hissing, puffing steam railway locomotives. Both are probably equally subject to near-extinction. I have tried to capture the feeling as well as the sound these improvisational horns deliver through colour, movement and,  most of all, visual expressionism. The subject is static, trance-like; yet movement is evident from the piercing sound emitting and disturbing the air around, bringing vibration and rythmn. The saxophonist seems to be still, but within he is moving faster than the speed of sound whilst all around becomes a swirling mass of intense coloured light filling the void. Even the inert horns are sounding off to blend in the cacophony. 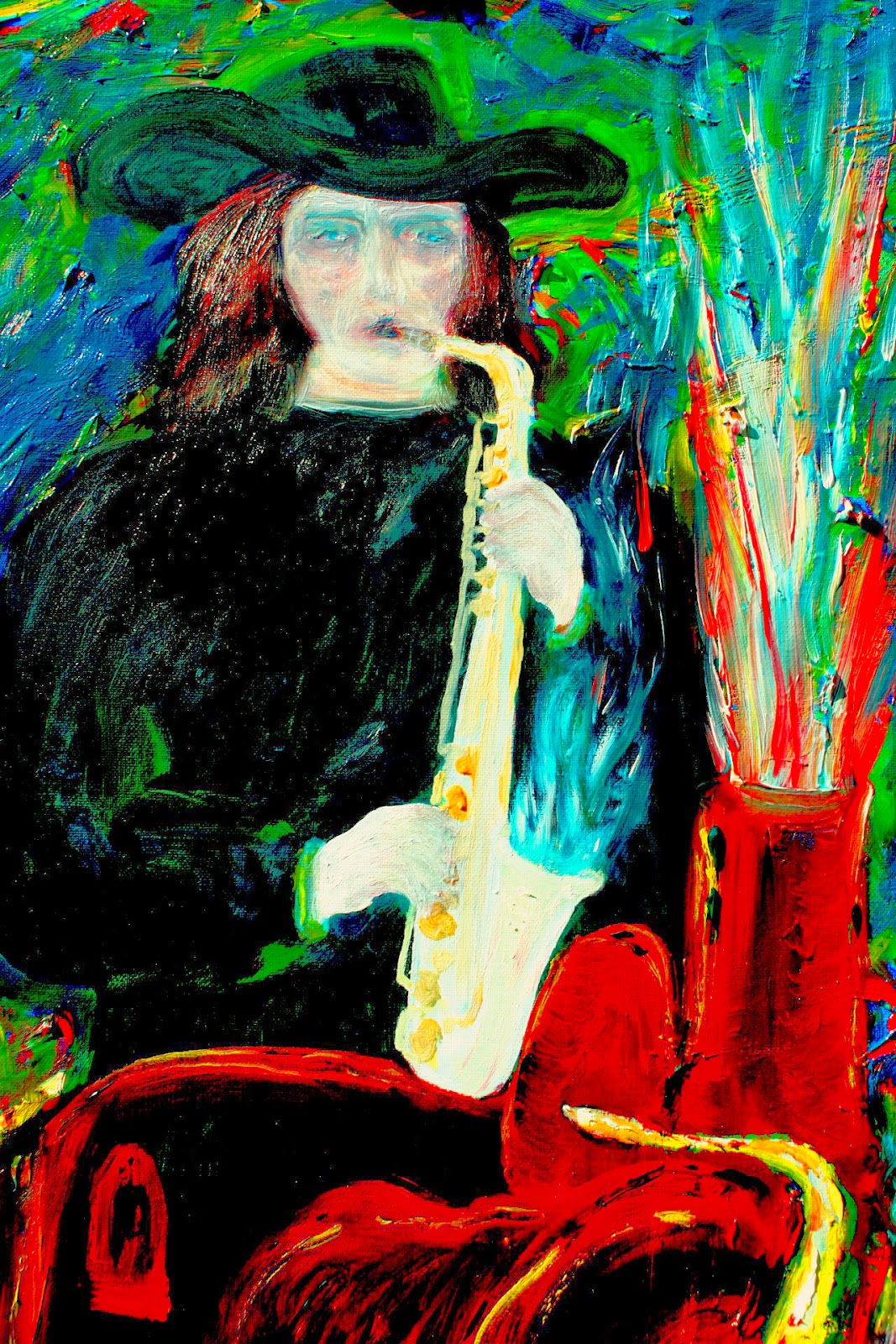 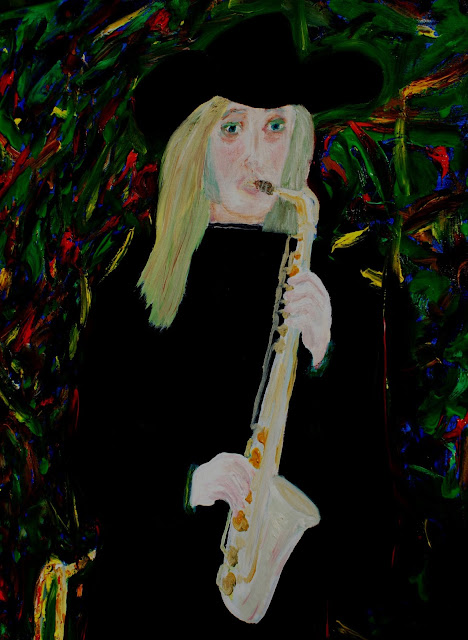 An  earlier version of the painting. 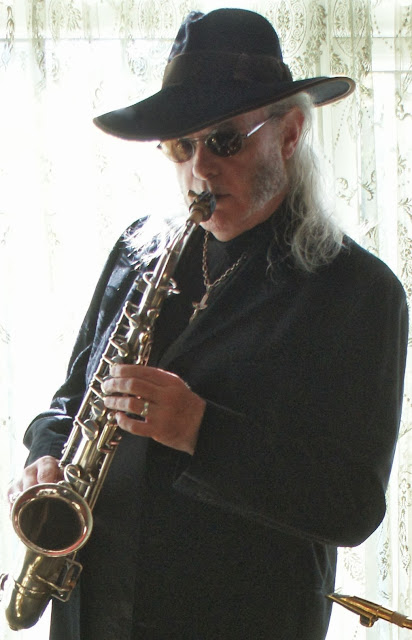 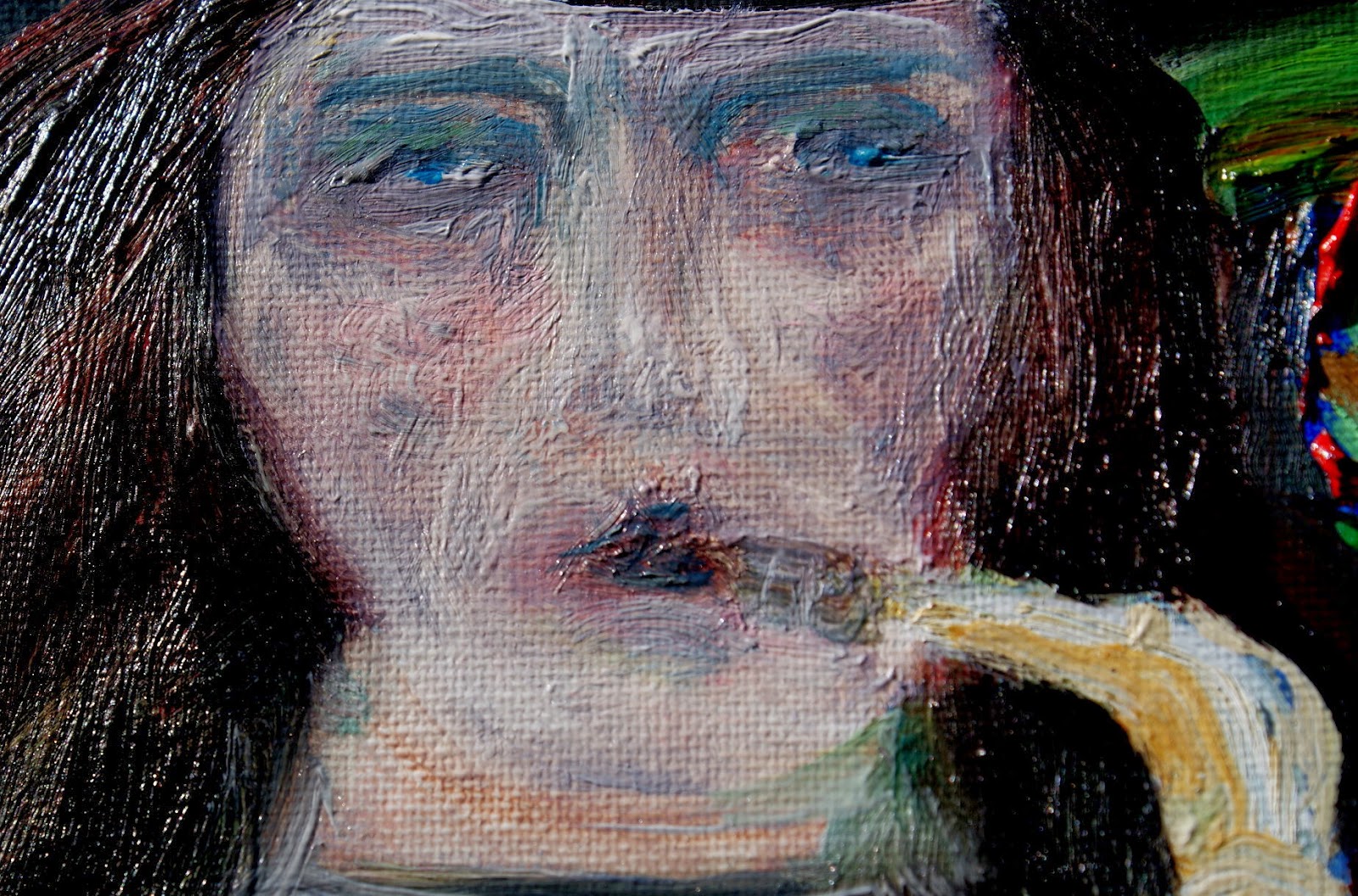 Detail from the painting.

Posted by †Seán Manchester at 09:00 No comments: