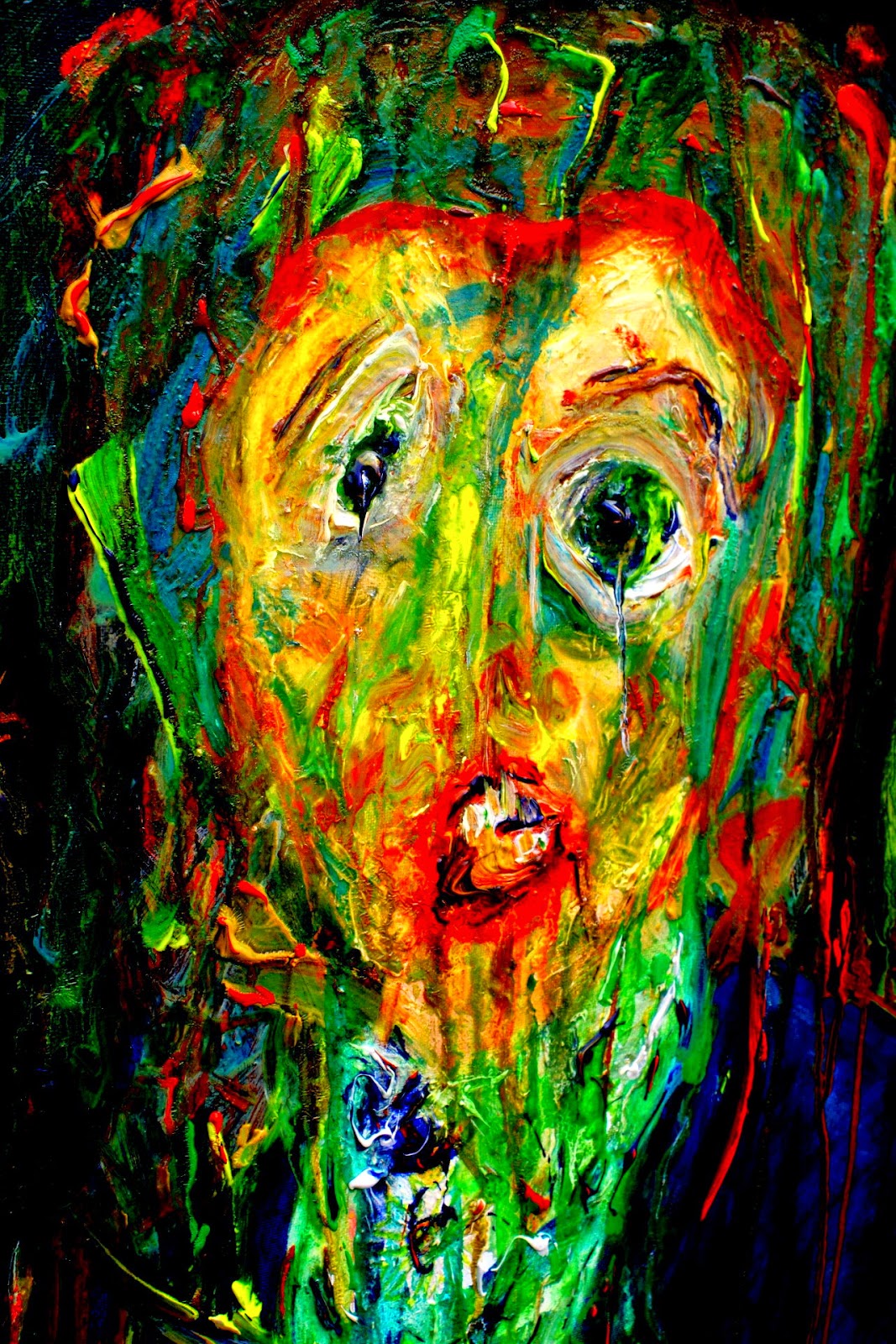 The supernatural was the subject of great deal of controversy in the nineteenth century, but this is today where sinister supernatural encounters are all the more terrifying due to folk's general unwillingness to recognise the existence of such eerie phenomena. In my very first book on a supernatural topic, I wrote:

"Have we become too 'intelligent' to seriously heed any of the old, instinctive fears that preserved us through past centuries? Sceptics fail to recognise that seemingly 'superstitious' instincts are founded in the very nature of things, that their grip and strength are rooted at the beginning of time. To suddenly dismiss what our unconscious mind has stored for centuries because it is no longer fashionable in a materialistic world, is dangerous indeed."

My portrait sets out to capture the moment of realisation, when the door to the subject's unconscious mind is ripped of its hinges; that something darkly supernatural is in very close proximity and clearly very real.

The mystery surrounding our dread of the unexplained is worth considering for we have been endowed with an almost universal horror of the supernatural because we feel we are not meant to see behind the veil.

My picture is titled Scream. It must not be confused, should comparisons be made, with Norwegian painter Edvard Munch's "The Scream." I doubt such comparisons will be drawn, but just in case they are I have enclosed some commentary about the circumstances and visual trigger for Munch's famous image.

Edvard Munch (1863-1944) did several versions of "The Scream" in oil, pastel and lithograph between 1893 and 1910. His picture depicts a man in a private moment of anguished despair and anxiety, while the other people in the painting, perhaps his friends, seem blissfully unaware of the man's situation.

Munch described the inspiration for his own image:

"I was walking along a path with two friends - the sun was setting - suddenly the sky turned blood red - I paused, feeling exhausted, and leaned on the fence - there was blood and tongues of fire above the blue-black fjord and the city - my friends walked on, and I stood there trembling with anxiety - and I sensed an infinite scream passing through nature." 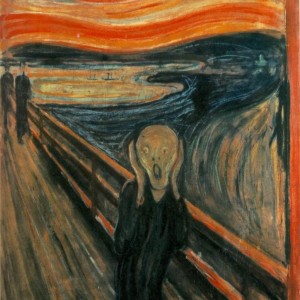 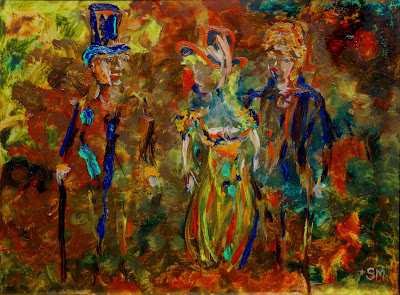 This painting (oil on canvas) describes Count Guiccioli (left), the young Contessa Guiccioli, and Lord Byron (right). A chance meeting with Teresa Guiccioli (1800-1873) changed the course of Lord Byron's life. Last of his many loves, he behaved as if she were the first. The evening they met they talked excitedly of poetry, particularly that of Dante and Petrarch. The year prior, Teresa, fresh out of convent school, had become the third wife of the rich and eccentric sixty-year-old Count Guiccioli in a marriage of convenience. In Italian custom there was a place for a discreet attendant, a cavalier servente, in a marriage of convenience such as Teresa's. But although he could pay court to her, the role excluded public recognition of them as a couple. This was not enough for Byron. He wanted a relationship that was lasting. As Teresa put it, he was:

"...not a man to confine himself to sentiment. And the first step taken, there was no further obstacles in the following days."

Breaking all the rules established by aristocratic Italian society, the couple spent ten days together, openly, in Venice. This was no casual liaison for Byron. As he wrote to a friend:

"What shall I do? I am in love, and tired of promiscuous concubinage, and have now an opportunity of settling for life."

As the love between Byron and Teresa deepened, so his friendship with her father and brother grew. They initiated him into the secret revolutionary society, the Carbonari, to which he gave money for arms. This activity was closely monitored by the Austrian police, and in 1821 the Gambas were exiled from Ravenna. Teresa was by now seeking a separation from her husband, and she and Byron accompanied them.

The following year, in Genoa, an unfriendly spy spread an unkind rumour:

"It is said that he is already sated or tired of Favorite, the Guiccioli. He has ... expressed his intention of going to Athens in order to make himself adored by the Greeks."

In fact, Byron's energies, reinvigorated by his love for Teresa, now turned from the cause of Italy - where police scrutiny rendered him powerless - to that of Greece.

Fever struck him down, and on 19 April 1824, and he died murmuring in delirium that there were:

Was the image of Teresa in his mind? She believed so. All her life she defended his memory, and on her own deathbed she wrote:

"The more Byron is known, the better he will be loved."

In her copy of Corinne she had underlined the words of his letter and written simply: