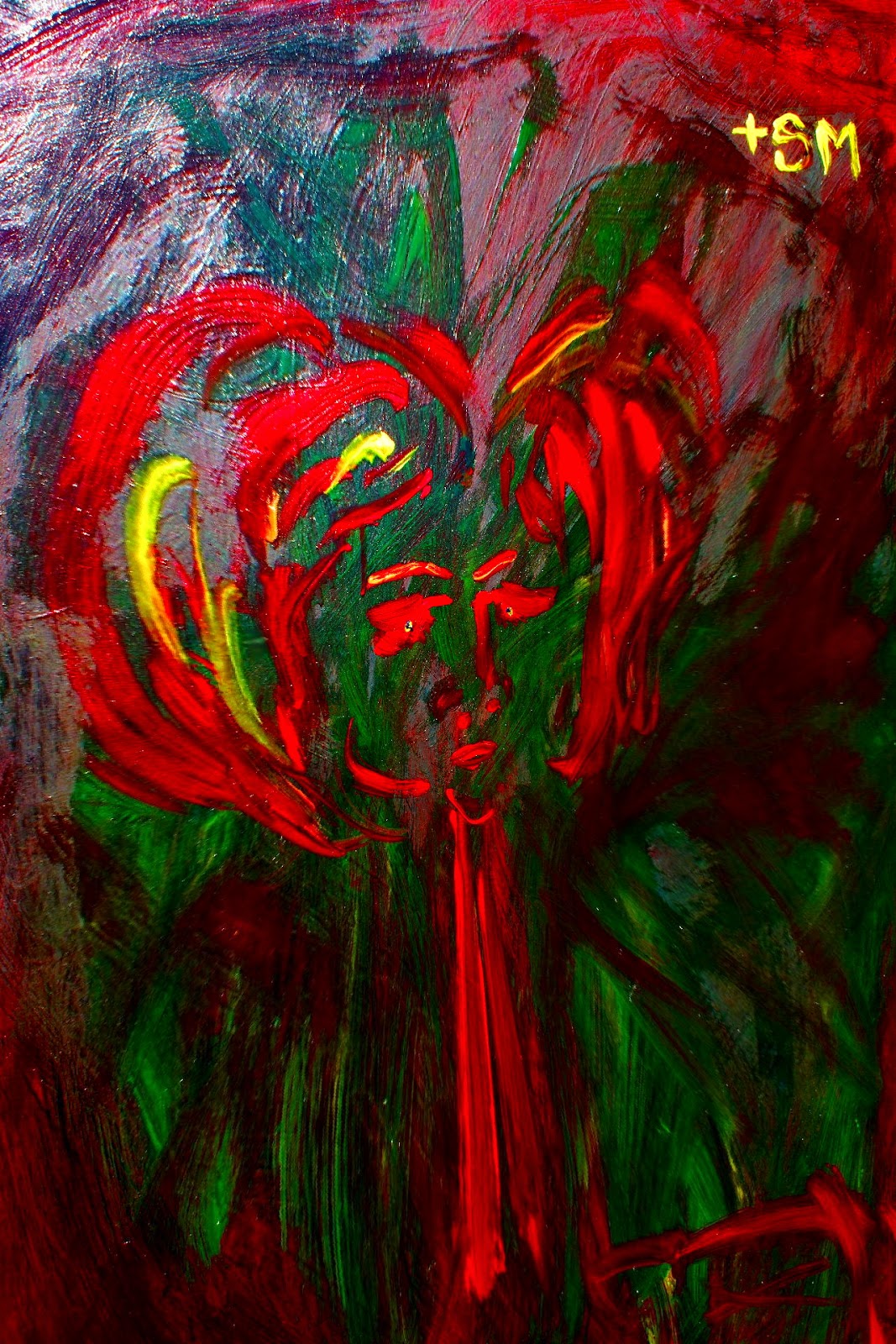 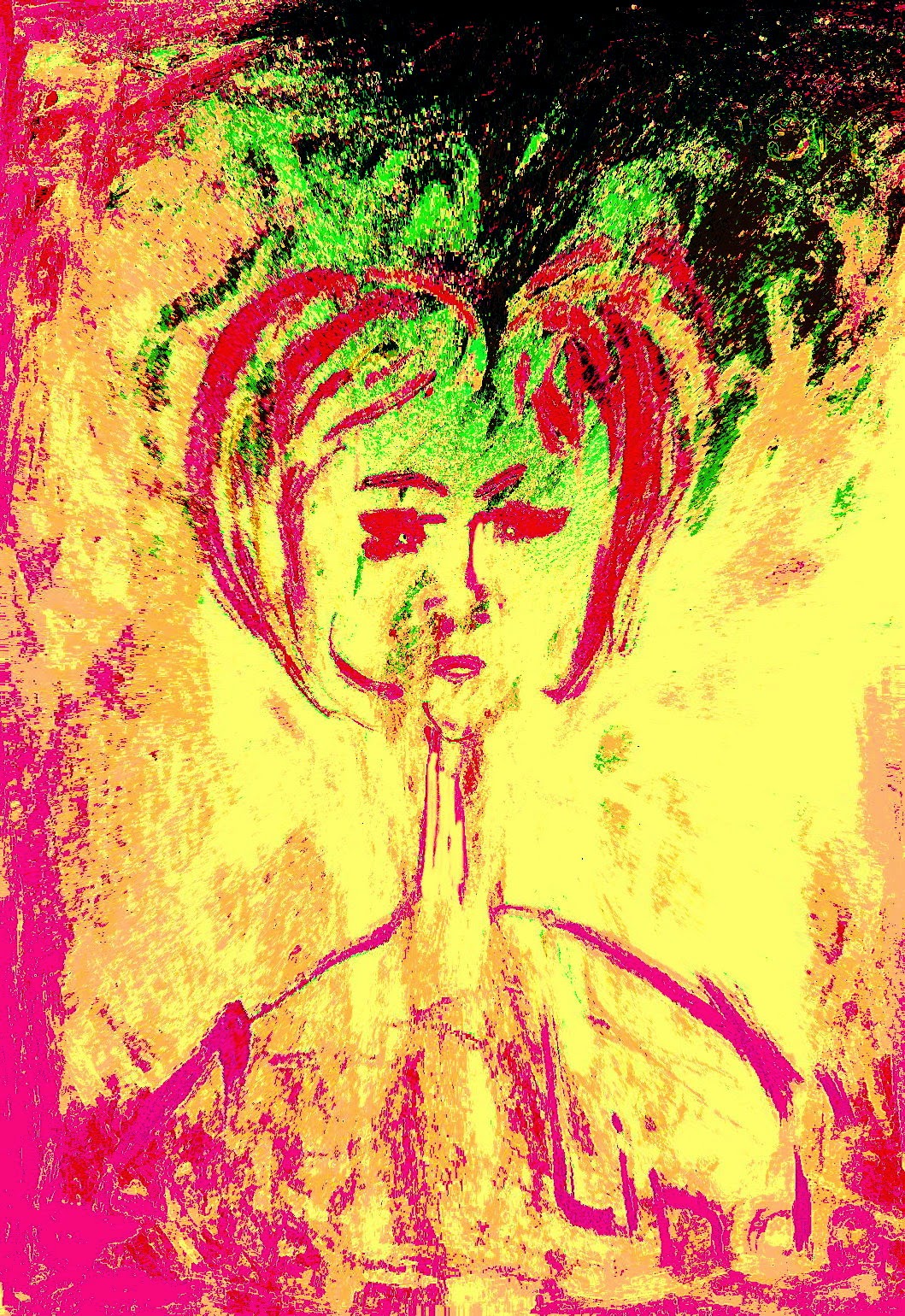 Posted by †Seán Manchester at 07:21 No comments: 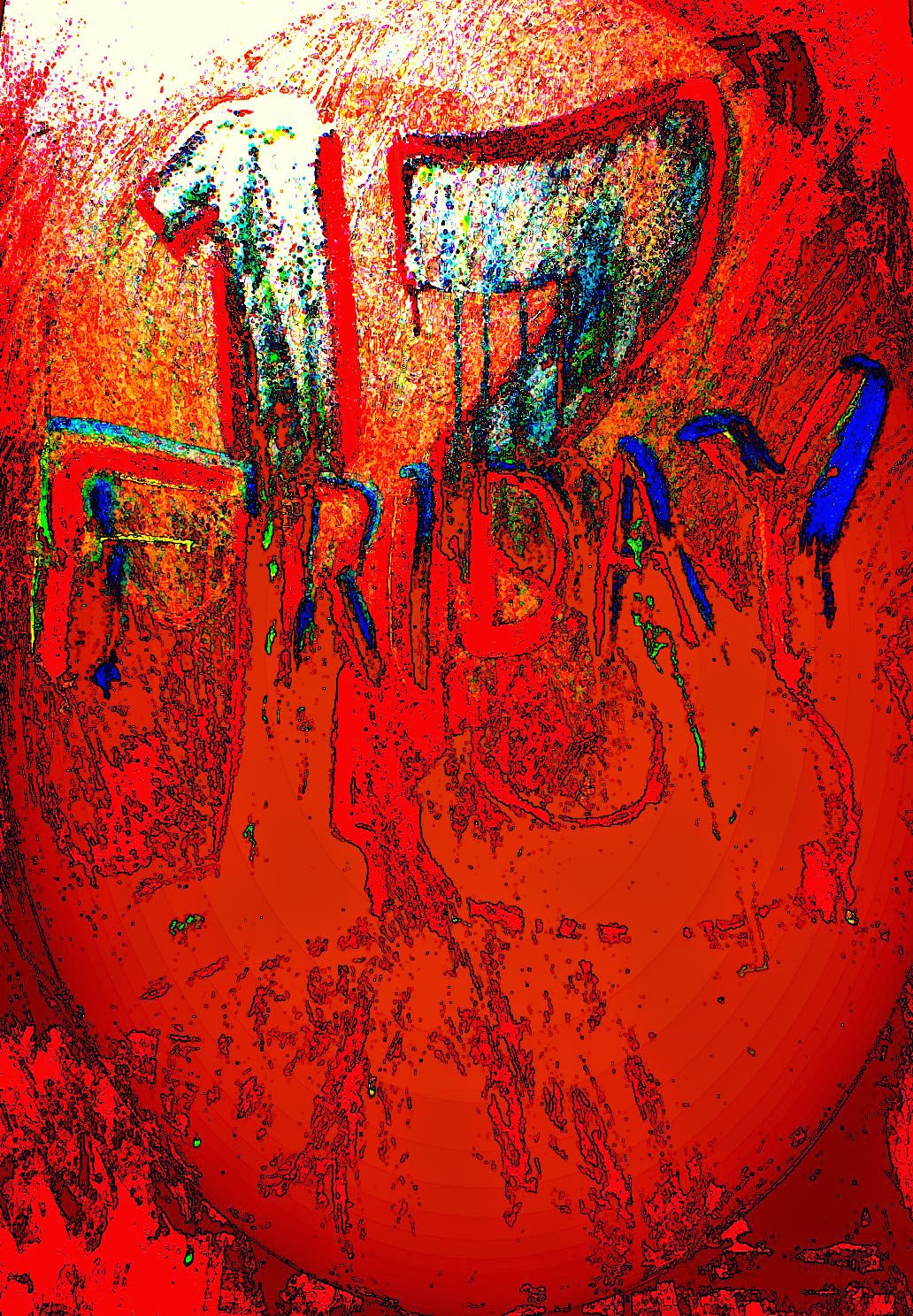 The Last Supper, a momentous historical moment for all Christians, witnessed a total of thirteen in attendance including, of course, Judas Iscariot whose betrayal led to Jesus Christ's act of Sacrifice in His crucifixion. Judas was the thirteeth to sit at the table and the first to leave. The day of the Crucixion was a Friday — believed by many to have been Friday the thirteenth.

My television debut forty-four years ago was on a programme called Today (Thames TV) which was transmitted on Friday the thirteenth. Numerous other events of personal significance have occurred down the years on a Friday the thirteenth. My depiction, therefore, is both an outer and inner reflected awareness of how this particular day resonates across the human psyche. The number twelve represents a chronological completeness of divine arrangement, eg twelve months of the year, twelve hours of the clock day, twelve tribes of Israel, twelve Apostles of Jesus Christ etc, whereas the number thirteen is considered irregular, transgressing this completeness. Hence my painting (oil on canvas) is irregular.

Posted by †Seán Manchester at 00:13 No comments: 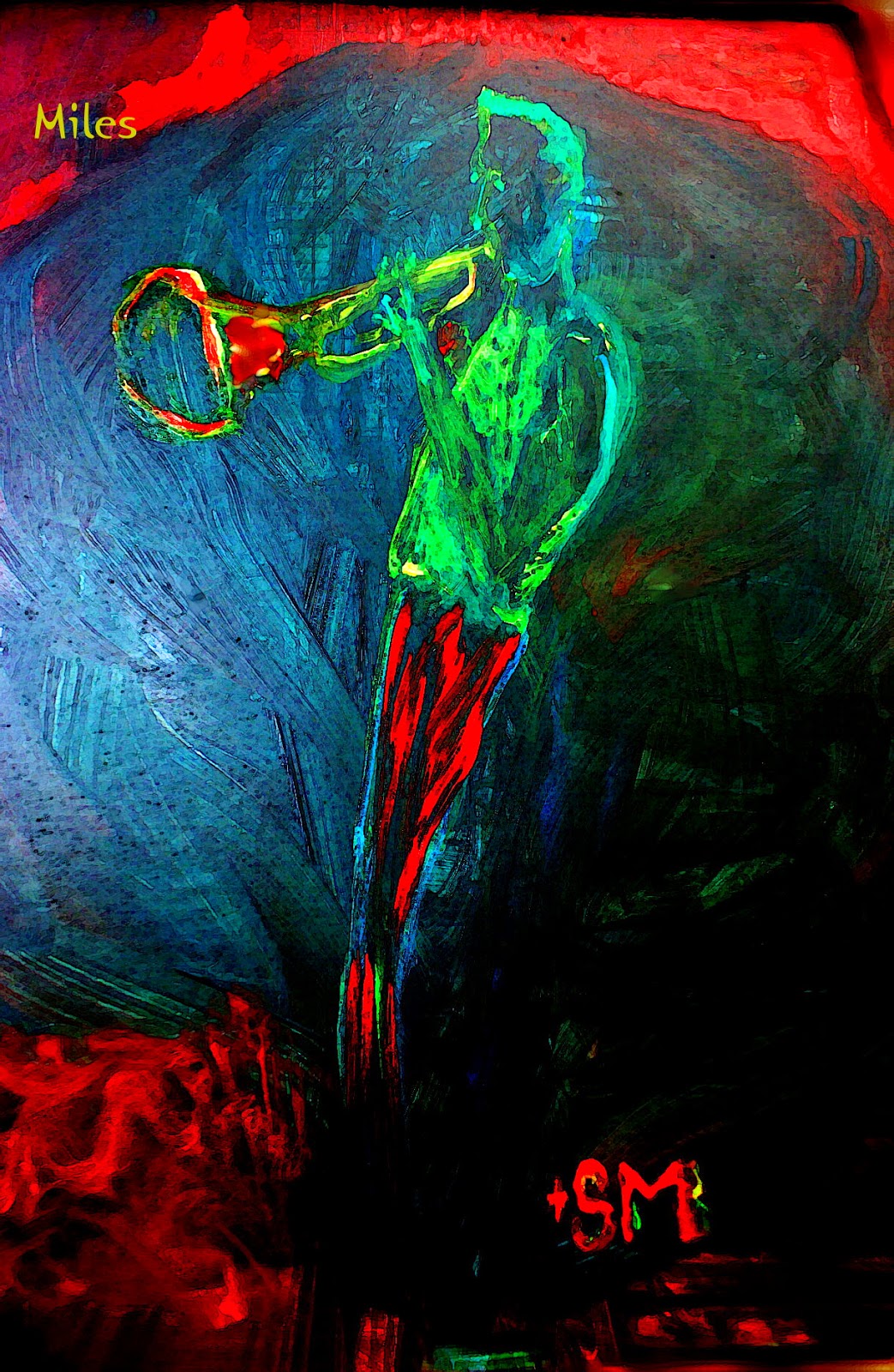 Miles Dewey Davis III – musician, composer, arranger, producer, and band leader – was always in the right place at the right time.  Born in Alton, Illinois, and raised in East St Louis, where his father was a dentist, Miles was given his first trumpet at the age of thirteen.  A child prodigy, his mastery of the instrument accelerated as he came under the spell of older jazzmen Clark Terry, Charlie Parker, Dizzy Gillespie and others.  He accepted admission to the Juilliard School in 1944, but it was a ruse to get to New York and join Bird and Diz.  Miles was eighteen.

Within a year, he accomplished his goal.  He can be heard on sessions led by Bird (Charlie Parker) that were released on Savoy in 1945 (with Max Roach), 1946 (with Bud Powell), 1947 (with Duke Jordan and J.J. Johnson), and 1948 (with John Lewis).  In 1947, the Miles Davis All-Stars (with Bird, Roach, Lewis, and Nelson Boyd) made their debut on the Savoy label.  His years on 52nd Street during the last half of the 1940s brought him into the bop orbit of musicians whose legends he would share before he was twenty-five-years-old.

At the turn of the next decade, as Miles led his first small groups, an asso­ci­a­tion with Gerry Mulligan and arranger Gil Evans ushered in The Birth of the Cool (Capitol), a movement that challenged the dominance of bebop and hard-bop. Miles’ subsequent record dates as leader in the early 1950s (on Blue Note and, next, Prestige) helped introduce Sonny Rollins, Jackie McLean, Horace Silver, and Percy Heath, among many others, establishing Miles’ role as the premier jazz talent scout for the rest of his career.
An historic set at the Newport Jazz Festival in 1955 resulted in George Avakian signing Miles to Columbia Records, and led to the form­a­tion of his “first great quintet” featuring John Coltrane, Red Garland, Paul Chambers, and Philly Joe Jones (the Round About Midnight sessions).  Miles’ thirty years at Columbia was one of the longest exclusive signings in the history of jazz, and one that spanned at least a half-dozen distinct generations of changes in the music – virtually all of which were anticipated or led by Miles or his former sidemen. He died on 28 September 1991 from the combined effects of a stroke, pneumonia and respiratory failure in Santa Monica, California, at the age of sixty-five.

In popular culture, not least of all jazz, Miles is the very essence of cool.

Posted by †Seán Manchester at 00:33 No comments: