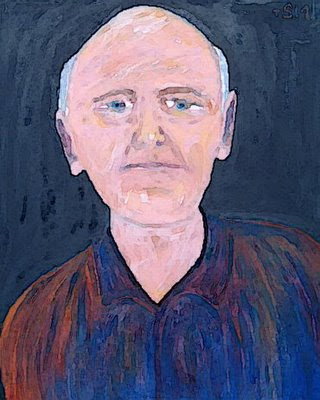 Anthony, the subject in the above portrait, was employed in my darkroom at the time I had a photographic studio. He revealed to me soon after we had met that he believed in the Devil because he had seen the Evil One’s form manifest in cigarette smoke inside the darkroom of another establishment where he had previously worked. This was before I became acquainted with him. His peripheral immersion in the bizarre later brought him into proximity of certain events at Highgate, and he was to become socially acquainted with a man who tried to insinuate himself into the cemetery goings-on with disastrous consequences. By which time, having left my employ in 1968 to elope with a barmaid, I saw next to nothing of Anthony. 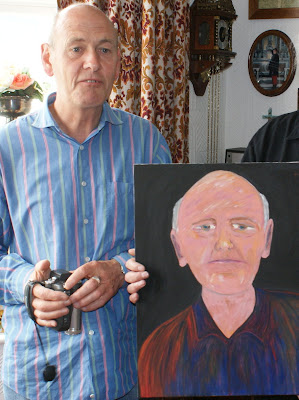 Anthony's interest in the weird waned and dissolved over following decades. He also became seemingly sceptical in retrospect about his past experiences with séances and the like. He explained away his vision of the Devil as being nothing more than a face he saw in cigarette smoke while smoking cannabis, a practice he later abandoned. His first marriage ended in divorce and, together with his next wife, he eventually went to live abroad. In the new century, however, he has been invited to reunions with other distant and old acquaintances. The photograph was taken at one such occasion. He can be seen standing next to his portrait which I (out of shot) am holding.
.
Posted by †Seán Manchester at 03:20