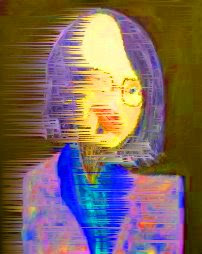 This portrait of Keith indicates the trauma of the aftershock from experiences relating to Elizabeth (and, of course, Highgate Cemetery) decades earlier. It is the first oil painting of a series, culminating with the picture immediately below which shows Keith, as he looks today, standing alongside the final canvas. 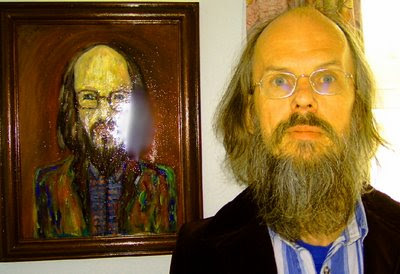 .
“In 1968, I heard first-hand of such a sighting and my informant maintained that he and his companions had secreted themselves in one of the vaults and watched a dark figure flit among the catacombs and disappear into a huge vault from which the vampire, ghost or whatever it may have been, did not reappear. Subsequent search revealed no trace inside the vault but I was told that a trail of drops of blood stopped at an area of massive coffins which could have hidden a dozen vampires. Other reports in 1968 and 1969 told of a similar figure visiting graves and appearing and disappearing in circumstances that ruled out the possibility of the figure being human. A motorist whose car broke down near one of the cemetery gates reported seeing ‘something’ peer at him through the iron gates. He could not believe that it had been anything human. His recollection of the ‘thing’ that looked at him was of staring eyes and white teeth disclosed by what he described as a snarl.” ― Peter Underwood, The Vampire’s Bedside Companion (1975), p. 76. 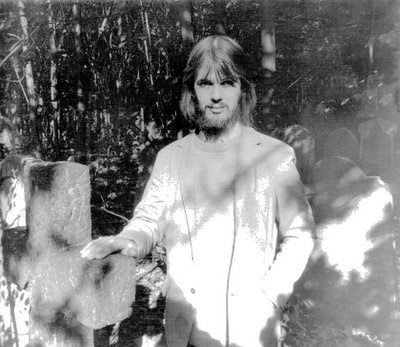 Keith at London's Highgate Cemetery during the time of Elizabeth's nightly visitations toward the end of the 1960s.